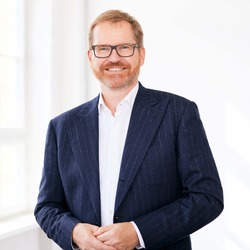 Alexander Happ was most recently Managing Director of BUWOG Bauträger, Berlin, since 2012. Following the takeover of BUWOG by Vonovia, he worked for the latter as Head of Development Germany until the end of 2019. After completing his commercial training and working in foreign trade in Hong Kong, Happ studied industrial engineering in Hamburg and economics and business administration in Kiel. His professional career began in 1993 with the property developer WOBAU Happ, from where he moved to Vivico Real Estate in 2000 to take over overall project management for Frankfurt's Europa-Viertel. Now he is managing director and founder of ASSIDUUS Development.

Alexander Happ and many more register for the Construction Summit now!