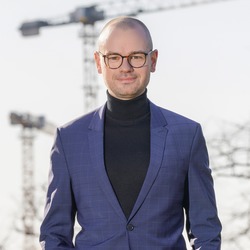 Tim-Oliver Müller has been Chief Executive Officer of the German Construction Industry Association since July 2021. Prior to that, he was Head of Business Development for VINCI DEUTSCHLAND. From 2011 to 2020, Tim-Oliver Müller already held various positions at the German Construction Industry Association, first as an officer in the Business and Legal division, then from 2012 as Head of Infrastructure and Partnership Models. In 2016, he took over the position as Deputy Business Unit Manager, and finally as Business Unit Manager for Business, Legal Affairs and Digitalization in 2018.

Tim-Oliver Müller and many more register for the Construction Summit now!