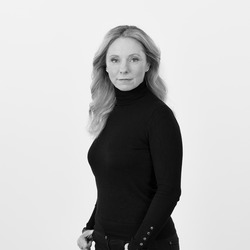 After studying economics at the University of Potsdam, Ms. Stein-Barthelmes started her career at the Federation of German Industries (Bundesverband der Deutschen Industrie e.V.) as a consultant for the department of medium-sized and family businesses, where she worked until March 2011. In 2011, she moved from there to the Bundesarchitektenkammer e.V. (Federal Chamber of Architects), where she was head of department for national and international economic policy as well as for the administrative area of finance. From 2012, she additionally took over the position of managing director at D.A.V.I.D. GmbH, a 100% subsidiary of the Bundesarchitektenkammer e.V. and was responsible for budget management, controlling, budget preparation and implementation as well as the preparation of the annual financial statements. At the same time, she was a member of internal and external committees. In September 2018, she moved to the German Construction Industry Federation (Hauptverband der Deutschen Bauindustrie e.V.). There, she built up the new business unit Policy, Communication and Press. Since Sept. 1, 2021, she has been managing director of planen-bauen 4.0 GmbH

Inga Stein-Barthelmes and many more register for the Construction Summit now!