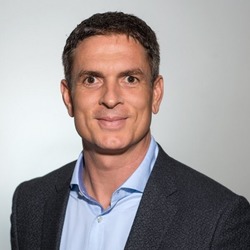 Jan Willeke leads Cradlepoint's Central European operations as Area Director Central Europe. Willeke has been rooted in the networking industry for more than 15 years. Prior to joining Cradlepoint, he worked for a number of well-known enterprise networking companies, where he was responsible for launch, revenue growth and channel development.

Jan Willeke and many more register for the Construction Summit now!