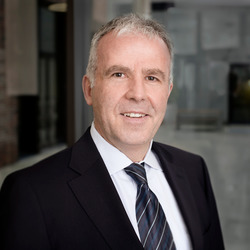 Harald Ortner founded his own market research company during his studies. Before moving to HBB Hanseatische Betreuungs- und Beteiligungsgesellschaft mbH in 1997, he worked for three years as expansion manager for REWE. In 2000 he was appointed authorized signatory and in 2004 as managing director with sole power of representation and is also involved on a voluntary basis to promote municipal and stationary retail issues. Among other things, he has been a board member of the German Council of Shopping Places e.V. since 2018 and head of the ZIA inner city working group since 2020.

Harald Ortner and many more register for the Construction Summit now!