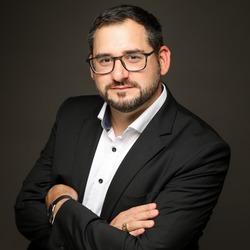 Baris Kilic is responsible for sustainability and lean management in the corporate development department of Johann Bunte Bauunternehmung. He is also active in various committees and working groups in the fields of sustainability (HDB & DIN) and lean construction (DBV). Internationally, he is active at ENCORD and is allowed to lead the Lean Construction working group and is a member of the Sustainability Group. Previously, he implemented, standardized and further developed the lean topic in various construction companies for over 10 years. With his passion and pragmatism, he was able to convince the specialist departments and project teams. For comprehensive implementation, he trains a network of lean experts and multipliers. He has worked on several externally awarded projects, two of which have won the GLCI Project Award, two others have been placed in the top 3 and one has won the Building Smart Award.

Baris Kilic and many more register for the Construction Summit now!