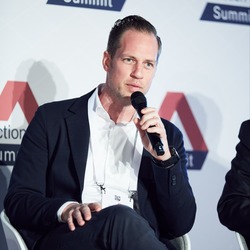 Martin Wachinger joined TMM Group on 01.02.2022 as business unit representative for BIM and R&D. Here he acts as the primary contact person for questions related to digital planning and execution. Before joining TMM Group, Mr. Wachinger was employed as a BIM Expert in STRABAG AG's central department for innovation and digitalization (SID). His responsibilities include the implementation and development of the BIM method for H+I in Germany/ BNL/ Scandinavia. Mr. Wachinger joined the Strabag subsidiary Ed. Züblin AG in 2010 where he worked as BIM Manager in international projects. Due to the strongly operational requirements of the BIM method, the group around Mr. Wachinger was constantly challenged to work out the corresponding added values for the construction execution and to implement them in the projects.

Martin Wachinger and many more register for the Construction Summit now!